What Languages are Supported?

Currently, not every language is able to benefit from Impact Analysis. The current languages and/or frameworks are supported:

How Do I use Impact Analysis?

Looking to set up Impact Analysis?

In order to function, Impact Analysis requires the following: 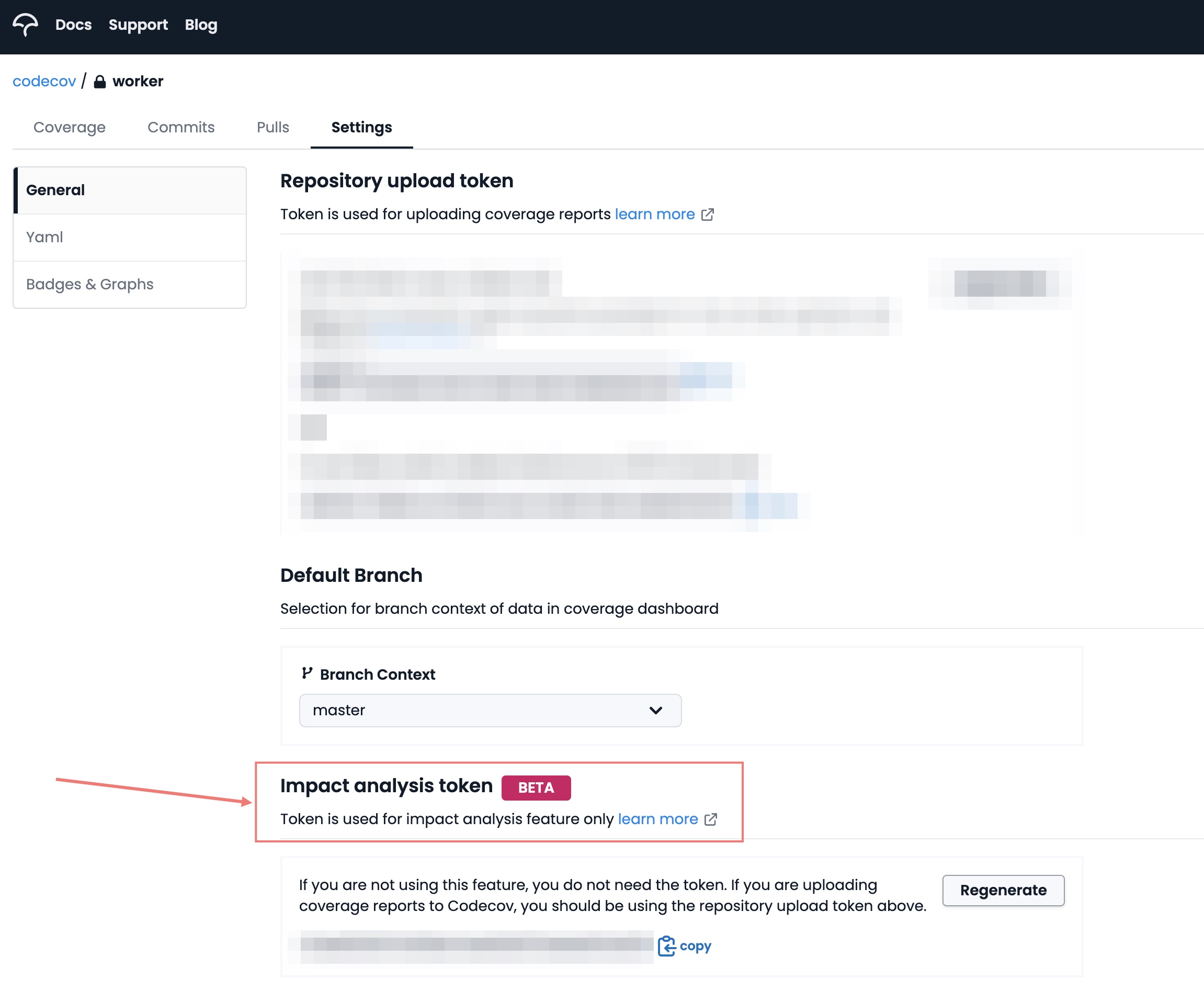 Specific installation instructions will be provided for your language of choice upon acceptance into the Early Access program.

To see Impacted Entrypoints in your pull request comments, "betaprofiling" must be added to the comment.layout section of your codecov.yml, as follows:

If you wish to add "Critical" markers to impacted files, you must update your codecov.yml as follows:

These settings are also supported at the Global YAML level.

What is a Critical Change?

A Critical Change is any code change in a Pull Request that impacts code that is frequently executed in a production/runtime context. More specifically, if a line of code executed more than <> the average of all executed lines is edited, it is considered a Critical Change.

Can I use Impact Analysis with an open source repository?

In order to use Impact Analysis you must have running production infrastructure to send Open Telemetry spans to Codecov. So, for example, an open source library that others ingest as a dependency would not make sense here.

However, on the back of this feature, we are working on something for open source maintainers, so hold tight.

What are the security considerations of using Impact Analysis?

Impact Analysis was built using the emerging Open Telemetry standard. It’s facilitated via a runtime dependency of Open Telemetry. That dependency is added directly to your code, similar to a tool like Sentry, Segment, or Raygun.

Therefore, the security surface area of Impact Analysis is the same as using Open Telemetry generally.

What kind of information is collected by Impact Analysis?

Once deployed, the Impact Analysis dependency sends to Codecov: lines of source executed by users, including file path, file name, line number, and execution count (but not actual source code, similar to a coverage report). In the case of HTTP requests, the request route and HTTP verb.

For Codecov SaaS customers, in the same GCP environment alongside code coverage data uploaded by customers.

Can a customer’s Impact Analysis / OpenTelemetry data be deleted upon request?

Yes, in the same fashion that customer’s code coverage data may be requested for deletion.

Who can access Impact Analysis data uploaded to Codecov?

Currently customers in open beta for Impact Analysis do not have the ability to download span data that has been uploaded. Allowing for downloading will be a potential feature in the future.

What software is required to run the consumer Impact Analysis libraries?

In order to use Impact Analysis, an Impact Analysis consumer library must be installed as a production-level dependency along with any required third-party dependencies required by the library. Specific dependencies vary based on the language of the Impact Analysis library in use; however, key requirements are specified in a dependency manifest file based on the language of the Open Telemetry instrumentation. An exception to this is the PHP consumer library’s requirement of PCOV which must be installed independently.